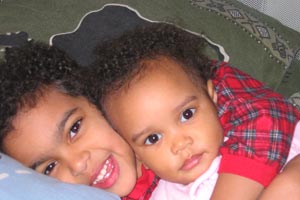 I had an interesting first-hand experience observing daycare "providers" (note the euphemisms!) and the children under their care. We went to a puppet show at a local library in a suburb of my town.

The show was populated primarily by daycare centers with a few "real moms" thrown in there.

What a sad experience for me. I knew that despite the other great topics I am working on for the blog (abstinence and sex with teachers in schools), I had to write about this first.

Next was attitude. I was amazed at the very unpleasant attitudes of the outsourced moms so early in the morning! What had the children done to make them so irritable so quickly?

Well, for one thing, the kids seemed to interfere with the social life of the outsourced moms. From talking on their cell phones to discussing some apparently juicy gossip (Can you believe...!), these people seemed disinterested at best.

Perhaps the socialization of the children was responsible. I am sure that it warms the hearts of those homeschool opponents who believe the poor homeschooler is being deprived of socialization. From pinching and pushing each other to distracting each other during the performance while the outsourced moms either watched from the sidelines or yelled "Cut that out!" in a very nasty tone, this is the model of socialization that we should all want for our children!

By contrast, I noticed the real moms talking to their children during the performance saying things like "Isn't that silly, butter on his head!" or "What do you think will happen next?" I noted no such banter with the outsourced moms.

Next, I noticed differences in physical interactions between child and "caregiver" between the two groups. Only 2 of the caregivers had any physical contact (holding on lap, holding hands, hugging) with children. Each of those concentrated that attention on 1 child each. The other 30 or so children in each group and their outsourced moms had no contact at all.

The outsourced moms had the children hold each other's hands at least once the show was over.

One other very interesting fact: the daycares were 100% segregated. Some were all black and the rest were all white. I have noticed that trend in our area before but today's juxtaposition of the two groups was striking. What do kids learn from that type of "socializing"?

Overall, I feel sad for many of today's kids. I believe that they need real parents especially when they are so small know that many of the points that I mentioned seem subtle but let's take a look at how our society is doing overall since we instituted wholesale warehousing of kids in America. Drug use, suicide, homicide, depression are skyrocketing. What will it take for this madness to end?

The excellent book Home Alone America by Mary Eberstadt is a must-read. I view this issue as not a public school or homeschool one but an American one. See my review of this book.

Victoria Carrington, M.D. is the wife of Sam and mother of Alyssa and Chase, a former psychiatrist who is now a homeschooling mom, freelance writer and homeschool advocate. Read Victoria's thought-provoking blog.